Is Interactive/Online Career Training Right for You? Take The Quiz

This is the first in a new series where we profile social media apps and websites from a digital marketing perspective. Join web design instructor Brad Koyak as he explains the ins and outs of popular social media platforms and how you can use them to improve your business.

Tiktok is a social media platform that has been steadily growing since it was released three years ago. 2021 boasted over 1 billion active users and it has been downloaded over 2.6 billion times.

In just the past two years Tiktok has achieved the metrics that other social media sites have required ten to fifteen years to achieve. In this blog, my first of the Social Media Deep Dive Series, we explore Tiktok’s audience, appeal, and how businesses can utilize it.

TikTok is the number one social media app used by those aged 16-25. Generation Z makes up 60% of the user base of TikTok. While we don’t know a lot about Generation Z, we do know that the 25 and under crowd has been steering away from Facebook. Tiktok’s penetration into the 25 and under crowd may not seem like that big of a deal, however, Gen Z is the largest generation to ever walk the face of the earth beating out the Boomers.

Unlike most social media platforms, Tiktok users are roughly 60% female in the US. Pinterest is the only other social media platform that is dominated by females. In 2019 the New York Times reported that high schools are starting to see extracurricular TikTok clubs popping up.

As of November 2021, TikTok is the 7th largest social media network with over 1 billion active users. The app’s owner, Bytedance, is rated the highest-valued startup in the world. Tiktok sees over 50 million daily users in the United States alone but that only represents about 5% of all Tiktok users. The app is available in over 150 countries and is one of the few social media platforms available in its home country of China. TikTok has seen an average growth in the US of about 375% year-over-year since 2019.

Worldwide, users spend an average of 52 minutes per day on the app and 90% of users access it daily. TikTok is the most engaging social media app with an average session length of almost 11 minutes.

Users feel at home on TikTok because of its perceived authenticity. Globally, an average of 64% of users say they can “be their true selves” on TikTok.

TikTok’s very unique and very secret algorithm is the secret to the app’s meteoric rise. The For You Feed sucks viewers in one video at a time making better recommendations as it goes. No two users will have the same feed in TikTok.

Recommendations are based on activities such as:

While this may not seem unique, it is happening within milliseconds catering to your feed as you scroll. TikTok gives you some controls to curate your feed (such as marking videos “not interested”) but as the app itself puts it:

The best way to curate your For You feed is to simply use and enjoy the app.

Currently, Tiktok ranks fifth among apps for consumer spending worldwide. Tiktok’s marketing prices are as secretive as its algorithm, however, thanks to a 2019 leak we have a rough idea of how marketing on this channel works.

TikTok guarantees five million daily impressions for brand take-over ads. As soon as the app is opened, TikTok displays a brand take-over ad. These ads display a full-screen video, image, or GIF. According to the leaked pitch deck, this placement will run you about $50,000 per day. As well as the guaranteed impression TikTok also guarantees you will be the only ad that day.

TikTok also offers in-feed video with a $25k minimum campaign budget, a standard video or GIF ad that appears in the users For You feed. Probably the most popular offering is the Hashtag Challenge. A hashtag challenge runs for six days at $150k. The price may seem steep, however, over 405 Tiktok users reported participating in a hashtag challenge.

Outside the platform, we are seeing many trends popping up across traditional media challenges. Burger King recently aired a commercial utilizing a popular song used in a Tiktok hashtag challenge as did Kia. Some of the other products made popular on Tiktok include the Gatling Bubble Machine, Nooni marshmallow whip maker, Hero Cosmetic’s acne pads.

Brand Managers and Marketers be Warned

If you are writing off Tiktok as a fad, stop. I strongly encourage you to research case studies for successful campaigns run on Tiktok. The Return on investment is undeniable. Tiktok is a viral sensation gaining on its competitors at a rapid pace. Tiktok alone is credited for Silicon Valley’s loss of social media foothold. Tiktok’s userbase among older users is also growing rapidly.

Even if you aren’t paying for ad space, maintaining an organic presence and interacting with the primary user base is critical in building awareness among your future clientele.

If you have enjoyed this series, check out the Web Design and Development program at Laurus College where we dissect in detail the many different platforms used to drive traffic to a website. 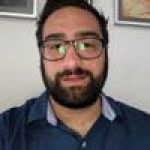 In 2nd grade we all had to go around the classroom and state what we wanted to be when we grow up, all the other kids picked a fireman, policeman, doctor, I chose Ad-man. Graduated with my BFA in Advertising Design, M.Ed in Curriculum and Instructional Design, and an MS in Educational Psychology. I have spent my career walking the thin line between design and advertising campaign development. I spent the last five years specializing in Digital Marketing.