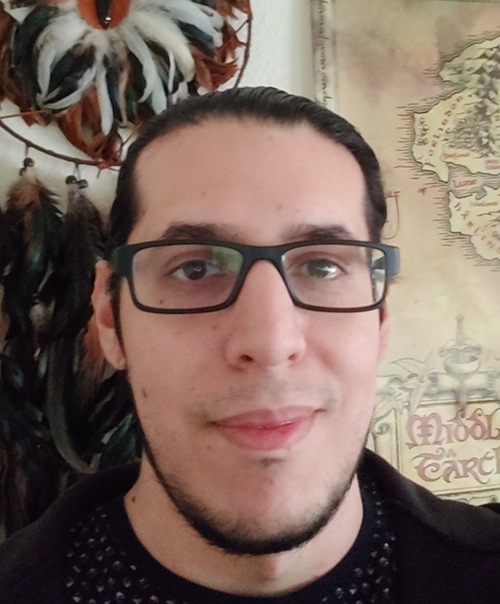 At a very young age Conrad Garcia was given a book, The Black Art of Visual Basic Game Programming by Mark Pruett, which came with a demo disc, made to run on DOS. During high school, he studied music and sculpture along art foundation classes. Conrad furthered his music talent by starting a band with some high school friends. Upon recording their first LP, Conrad developed his band’s album cover and logo using Photoshop CS2. It wasn’t until he was working odd jobs that the motivation to sell his artistic abilities came about. In the latter years of high school, Conrad had the opportunity to work on a logo for a vehicle suspension company, igniting his drive to become a creative professional.

Conrad attained his BS in Game Art and Design in 2012, where he graduated at the top of his class with special mentions from his teachers. He was hired immediately after graduation, joining a small company that worked for some big name clients. Conrad’s studio work includes shipped titles for mobile, PC, and console platforms within the realm of the games industry. In his freetime, Conrad makes his own games, analog and digital, having a true passion for all things related to games. You will find him in the shadows, toiling away on his projects, emerging from the depths, for but a moment, in search of sustenance.